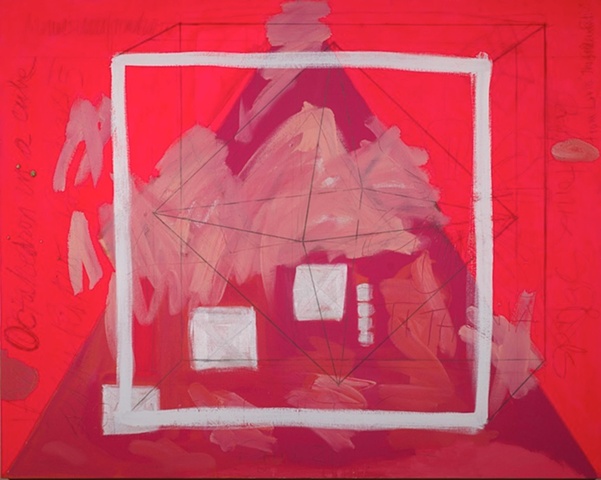 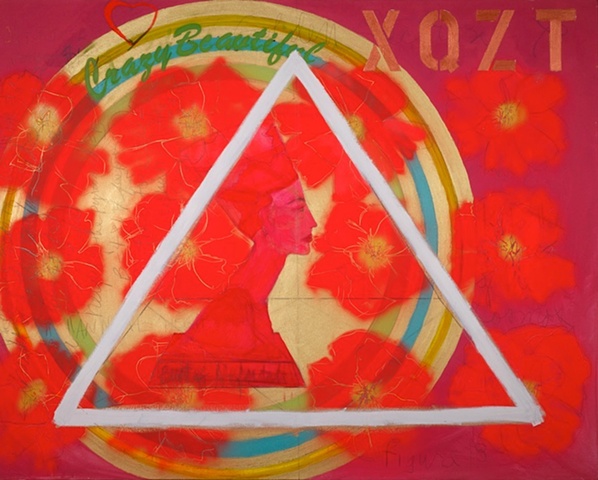 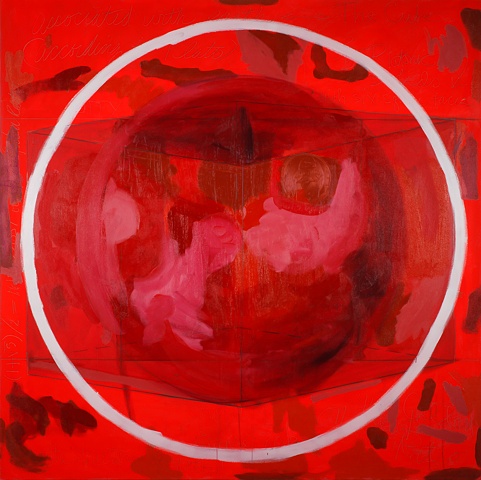 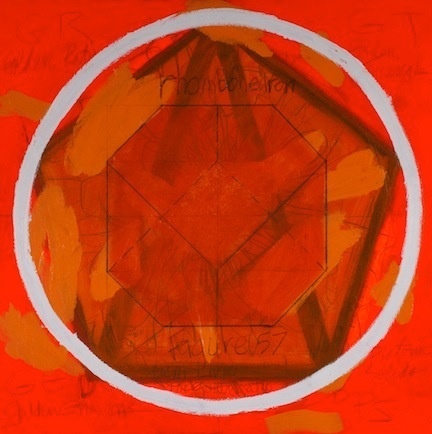 Structure/Rhombohedron (a six-sided solid with each side shaped as a rhombus; figure 57)
acrylic and pencil on canvas
24 x 24 x 2" 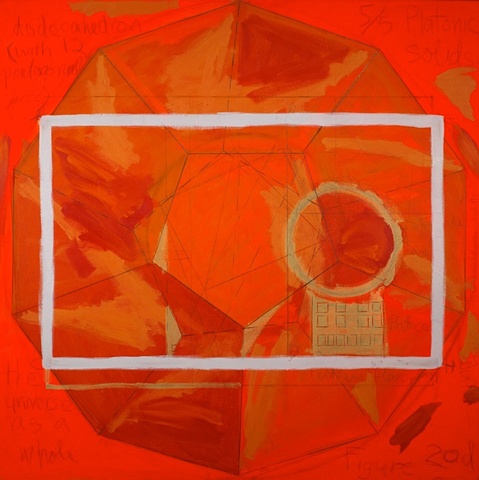 The Universe as a Whole/Dodecahedron (with twelve pentagonal faces; figure 20d)
acrylic and pencil on canvas
60 x 60 x 2" 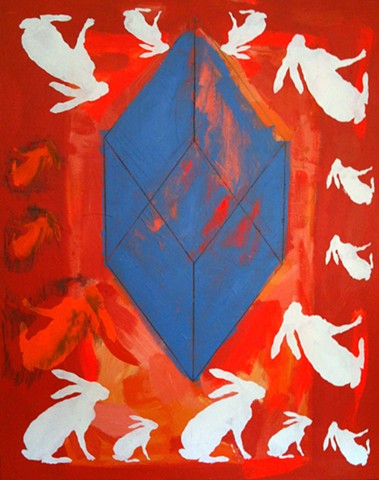 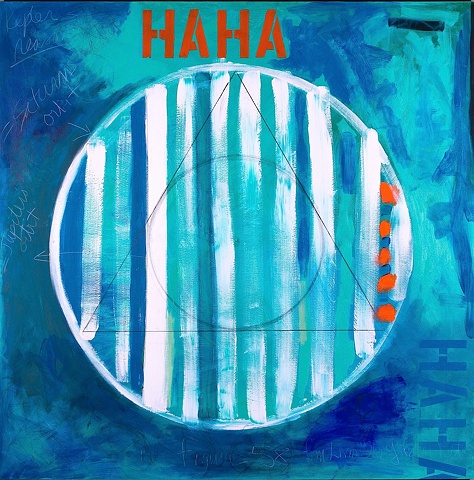 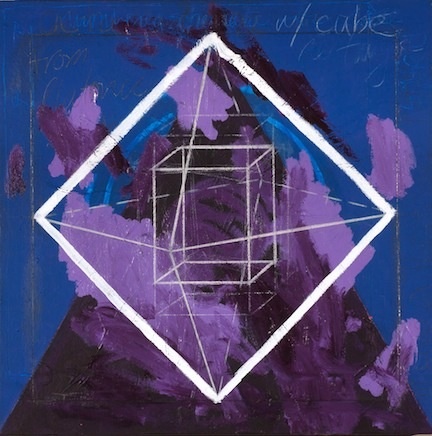 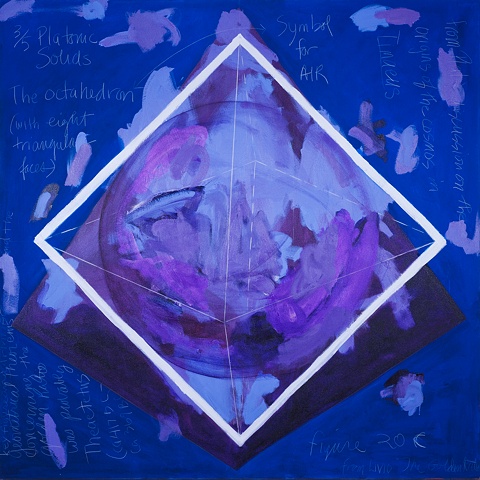 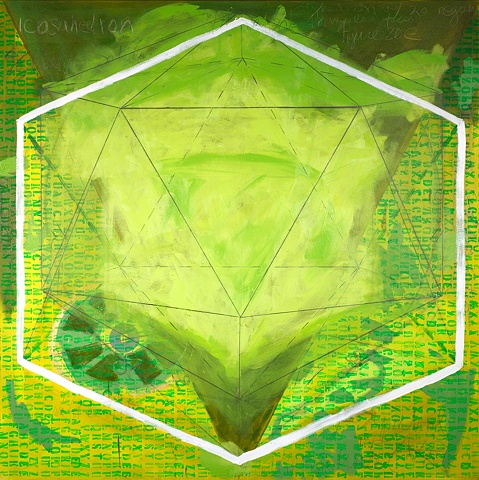 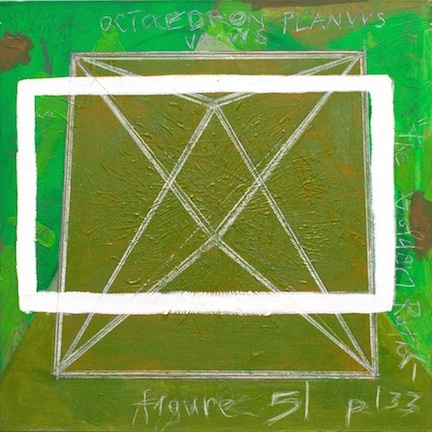 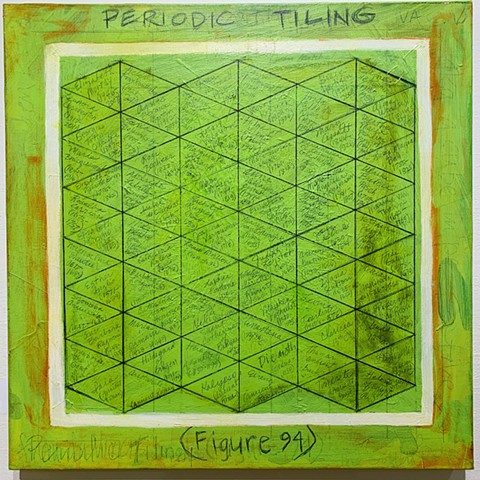 These paintings were inspired by ideas of sacred geometry, and specifically by Plato's hypothesis in his dialogue "Timaeus", where he outlines how the classical elements were made of regular solids. For reference, among other books, I read Mario Livio's "The Golden Ratio: The Story of PHI, the World's Most Astonishing Number", in which he describes the solids as the tetrahedron with four triangular faces, the cube with six square faces, the octahedron with eight triangular faces, the dodecahedron with twelve pentagonal faces, and the icosahedron with twenty triangular faces. I created my own visualizations of the platonic solids, geometric shapes, and other mathematical principles by drawing, painting, and stenciling on works shown. To get a closer look at an image in this portfolio, click on it.