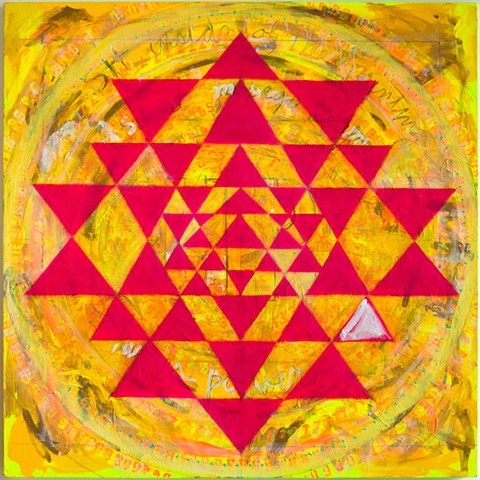 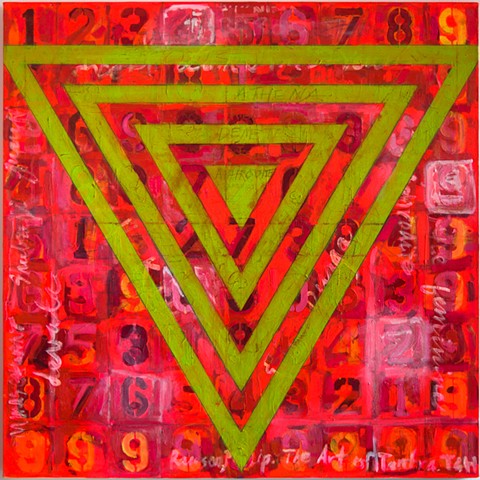 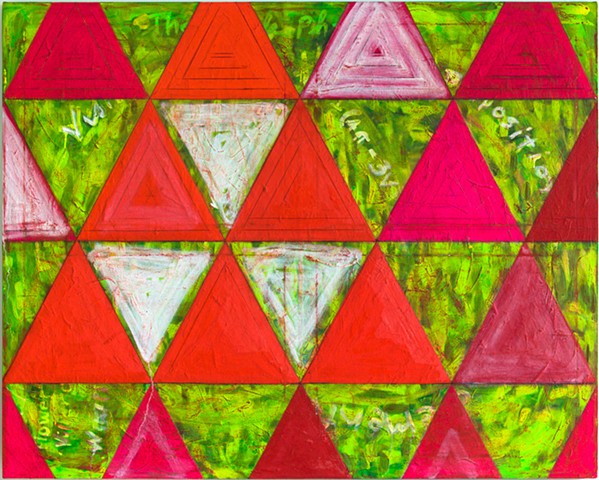 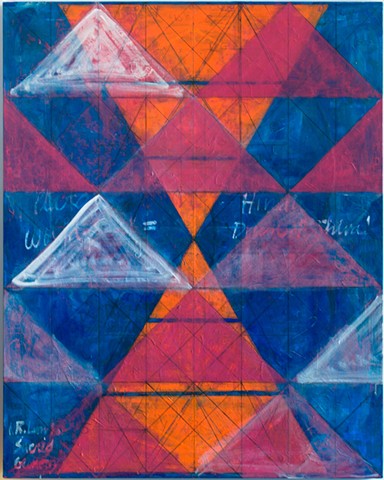 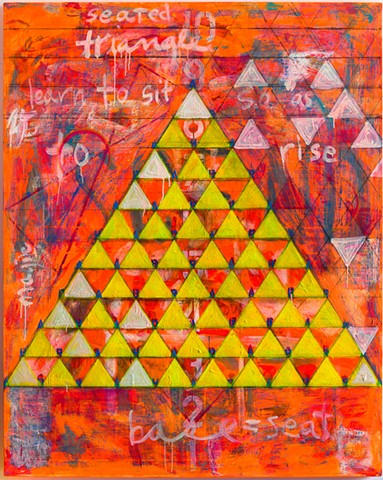 This series titled "Trigonometries" was motivated by various ancient eastern and western artistic traditions. In yogic terms a point-down triangle symbolizes transformative energies embodied by Nature or Shakti. And a point-up triangle represents Spirit or Consciousness, which in Sanskrit reads शिव for Śiva, or the "experiencing Self". Similarly, in western traditions a point-down triangle symbolizes a descent into the physical world and feminine energy. Whereas a point-up triangle stands for an ascent into heaven and masculine energy.