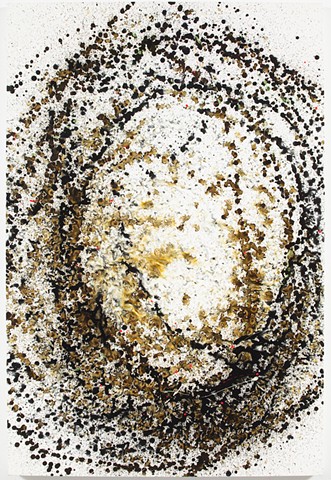 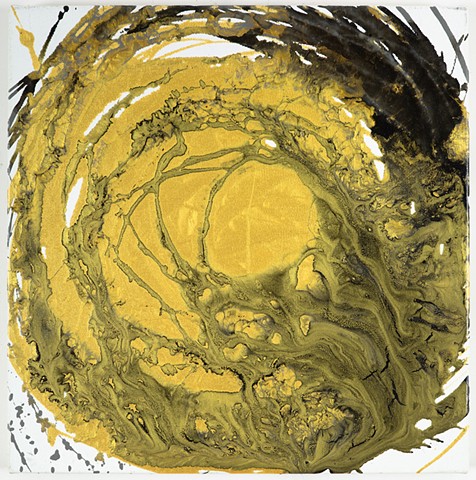 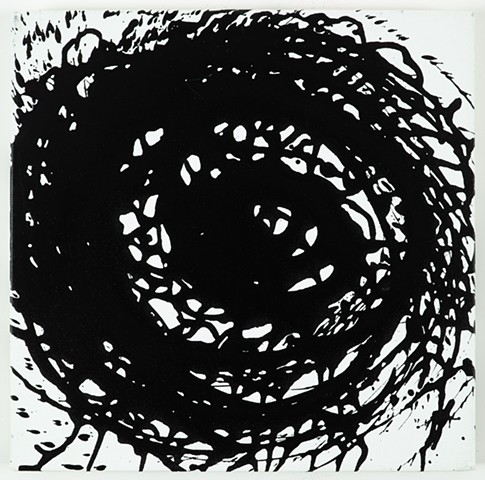 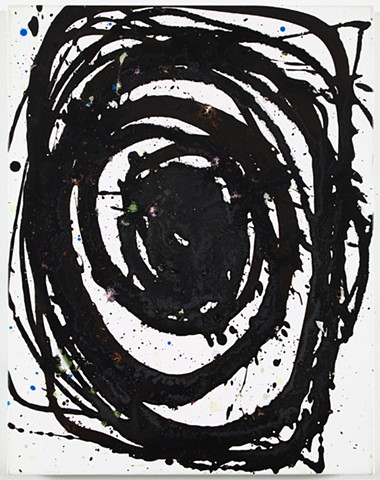 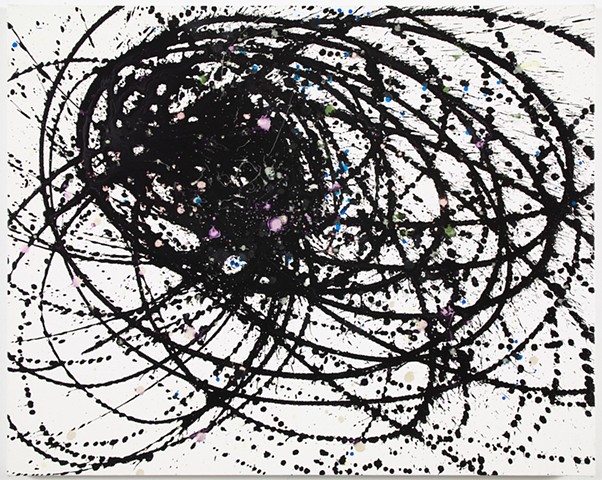 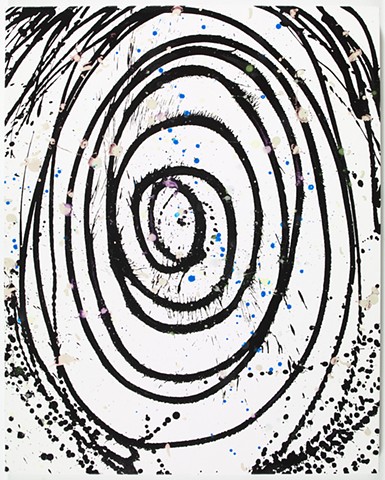 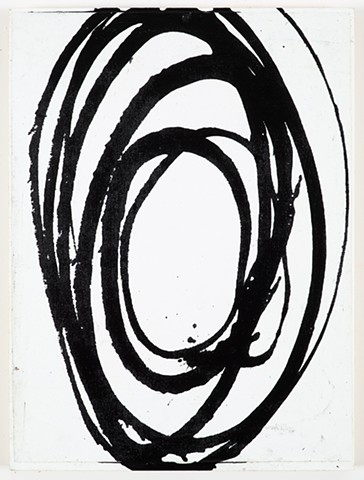 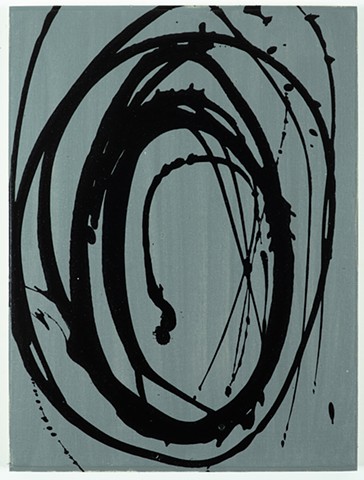 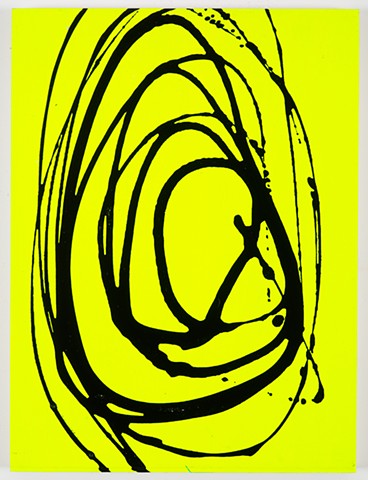 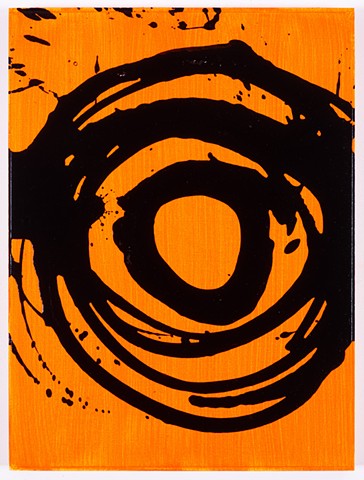 During early January through early March of 2020, I made the "Tourbillion Paintings". I was still recovering from the initial grief of unexpectedly loosing my father the prior September. Retrospectively I see that this portfolio accurately reflects my sense of shock at the loss of my family of origin's axis. I was looking to re-anchor my psychic center's gravity-shaken state.

See the stark differences between this series and several earlier portfolios. Most of the works of the past two decades bring together gestural under-painting beginnings, unified by either a radially symmetrical compositional structure top layer, and/or on other geometrics. Yet when making these paintings, I could not locate those devices.

Another point of interest... I realized the "Tourbillion Paintings" in my Elizabeth Foundation for the Arts studio, where for several years I spent about two thirds of my studio time. Then on March 12, 2020 the deadly pandemic shut down New York state. Though EFA re-opened many months later, I had already relocated to my upstate home and studio, where I had previously worked during summer and winter breaks.

The dramatic changes the world underwent...for me geographical and creative practice changes while creating the Tourbillion Paintings make them, thanks to a former student who suggested the title, aptly named.